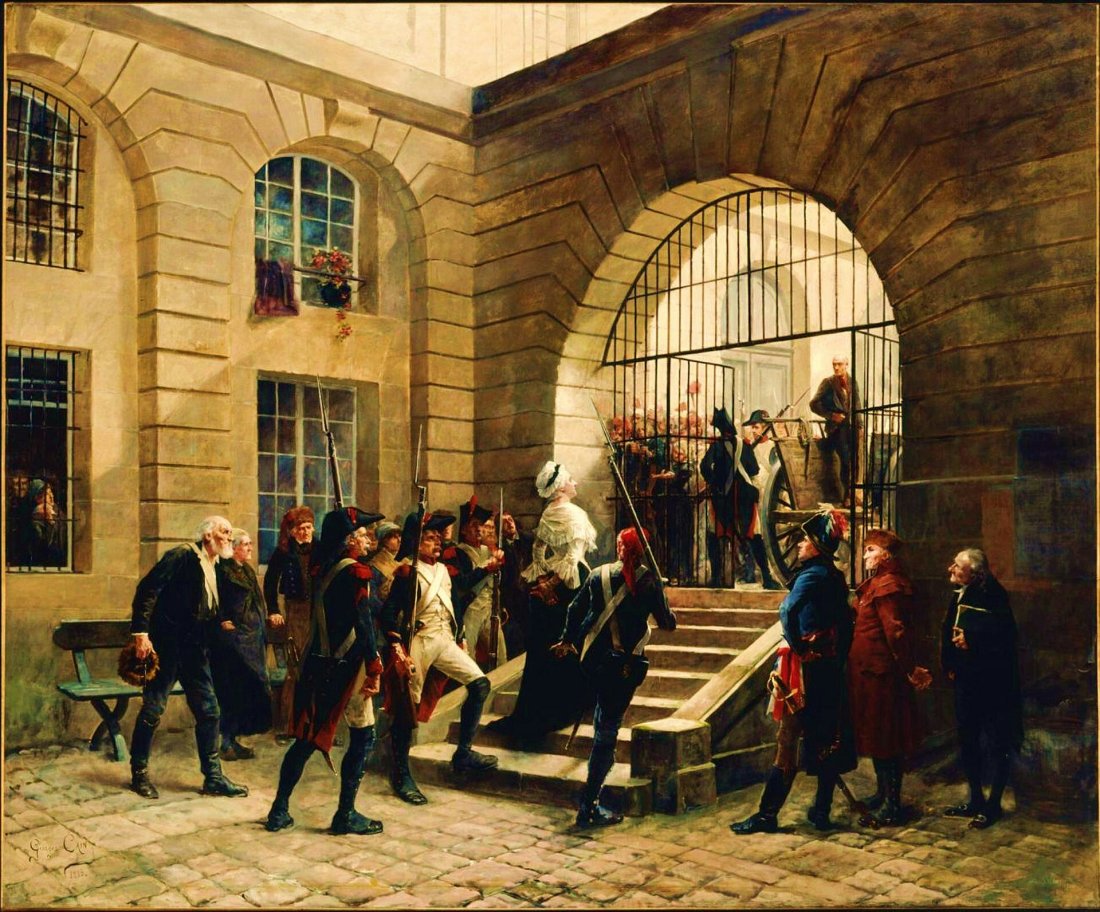 This is related to this week’s haiku theme, but also to current events. I apologize for it being so on the nose. But the Kavanaugh thing got my dander up and after reading about Marie Antoinette’s execution, my dander rose further. Haiku coming later.

October 16, 1793, PARIS – The trial of the Widow Capet, formerly known as Queen Marie Antoinette of France, concluded today, immediately followed by her execution. Throughout the entire two-day process, of which the result was decided from the beginning, the Widow Capet has displayed a measure of grace and stoicism that would be considered admirable in, say, a prominent government official or someone hoping to become one of the most prominent judges in the land.

But because she’s a woman and the public has decided upon hating this particular ‘Austrian Bitch’ for the past couple of decades, too bad, off to the guillotine with her.

The charges against the Widow Capet included the following: embezzling money from France’s treasury and sending it to Austria, spying on France on behalf of Austria, planning both massacres and orgies, and sexually abusing her son, the former Dauphin, with the participation of her daughter and sister-in-law. None of these charges were accompanied by actual evidence, barring that of the peoples’ guts, save for the last – young Louis Charles told of such deeds freely and certainly not under the influence of torture so brutal that the Widow Capet could hear his resulting screams clearly during their three months of separation.

Faced with these accusations, the Widow Capet responded, “If I have said nothing, it is because nature refused to respond to such a question posed to a mother.” She proceeded to call the charges ‘grotesque’ and make appeals to the mothers in the crowd. She did not start crying and screaming as had been expected, but the Revolutionary Tribunal was nevertheless grateful to be spared her hysterics.

They proceeded to declare her guilty and announce her sentence of death by guillotine, which was carried out today. Given the security risk the Widow Capet posed, she was obliged to change and relieve herself in the presence of her guards, have her hair shorn and her neck put in a rope leash, and be transported to the guillotine in an open cart. The assembled crowds were pleased with this last gesture, as it ensured that the condemned could obtain full enjoyment from their clever obscenities.

Reports of the Widow Capet’s last words differ. Some witnesses report that she said, “Monsieur, I beg your pardon. I did not mean to do it,” after trodding on the executioner’s foot. Others report her muttering, “Fuck, I might as well not have bothered with these people.”

It is agreed by all that the Widow Capet’s sufferings have nothing on that of wealthy (yet non-aristocratic!) men who might have committed some youthful indiscretions while black-out drunk and are now called to account when the broads involved don’t want to see them in charge of the fates of millions for some reason.