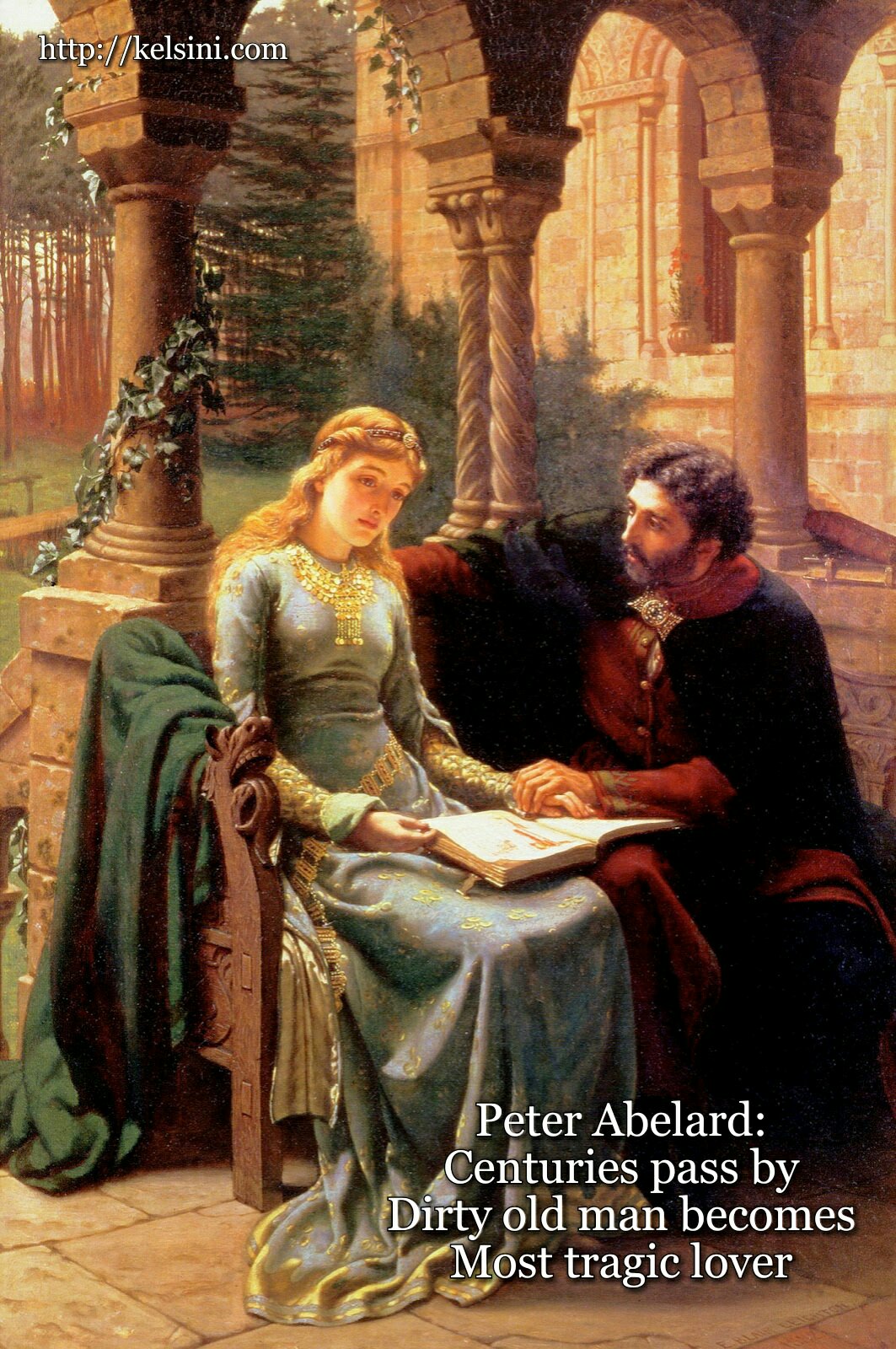 Today on Punchable Faces Week, we feature French theologian Peter Abelard, who is now most famous for his so tragic love affair with Heloise d’Argenteuil.

Peter Abelard was born in 1079 in Brittany, the son of a knight. (And we all know what dicks knights actually were, so we can assume that’s where Abelard got his flawlessly orientated moral compass from.) He got educated and then proceeded to wander around France, wowing everyone with how brilliant he was. And if you don’t believe that, he’ll tell you in his memoirs.

Eventually, he meandered into Paris and according to him, everyone was like, “Jesus Christ, he’s so amazing!” For a time, he was a student of the realist philosopher William of Champeaux. This lasted until Abelard bested William in a debate and he got soooo jealous. (In actuality, he probably started to hate him because he was an arrogant prick.) Years passed, in which Abelard continued to pick fights and start up schools to teach about how much better he was than other philosophers.

Then, when he was a sprightly young lad of 36, he clapped eyes on the lovely Heloise, fifteen summers old. Heloise was actually pretty damned smart, knowing Greek, Latin, AND Hebrew, so Abelard figured he’d get a post as her tutor and seduce her. He proceeded to do just that, along with bragging about his amazing conquest, until Heloise’s uncle (and Abelard’s employer) caught on. Uncle Fulbert fired his ass. Then Abby went and knocked Heloise up.

Fulbert thought marriage was the only way to salvage this shit show and managed to get the prospective groom to agree. “But, um,” says Abelard. “Can we keep the whole ‘marriage’ thing secret? I don’t want this to damage my career.” Heloise, for her part, didn’t want to get hitched at all, but no one was listening to her by this point.

Marriage proceeded, Fulbert snitched. Abelard stashed her in a convent. Fulbert assumed (probably rightly, in my opinion) that Abelard resorted to that to brush the whole affair under the rug, so he assembled a posse to castrate the prick.

You know, I realize that was an overreaction on the uncle’s part, but I have a super hard time sympathizing with Abelard. In any case, he became a monk and despite his loss, managed another feat of dickery by insisting Heloise become a nun. Again, she wasn’t actually cool with this, but again, no one was listening to her.

Probably her fault for leading him into temptation, amirite.

Blah blah blah, years and decades passed and he continued to be an asshat to everyone. Abelard died of scurvy in 1142 and good riddance.

And yet, after his death, the whole thing with Heloise transformed into a deathless romance and not just a story of a dirty vagrant scholar macking on a teenager two decades his junior in a serious violation of teacher-student and employer-employee relations and general good taste. Seriously, to hell with this guy. All your sympathy should go towards Heloise, who had to deal with all the bullshit from all the men. (Incidentally, most women of the time period got married in their early twenties, NOT in their teenage years because medieval people weren’t necessarily fucking stupid. So don’t go all, ‘but it was a different time’ on me.)

If Peter Abelard were in front of me now, I’d punch him in the face.

PS: My bro Mark Twain would second me on all of this.