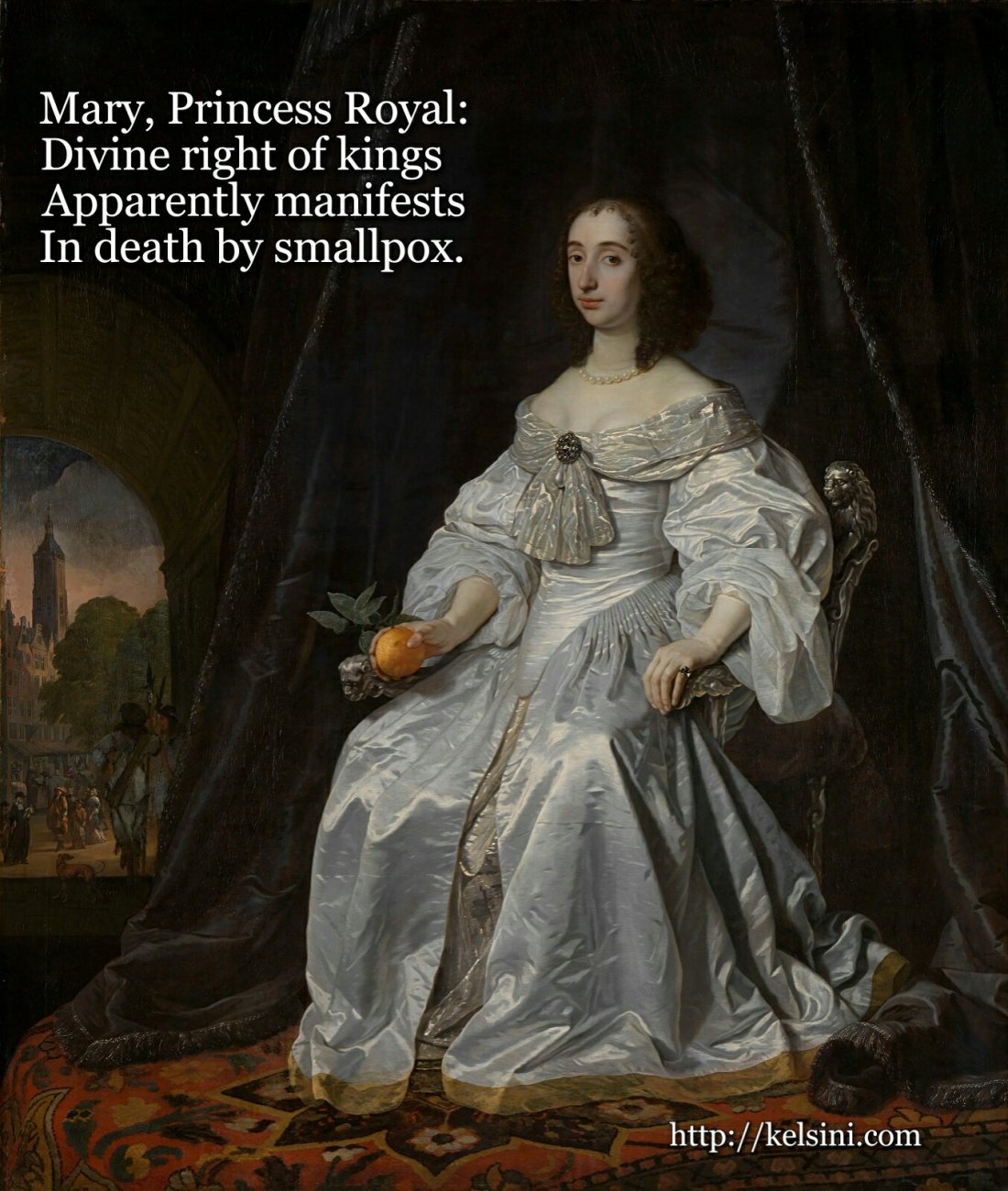 In death by smallpox.

Today’s installment of Mother of Kings Week focuses on Mary, Princess Royal and Princess of Orange. She was the daughter of Charles I (famous for getting his head chopped off) and the mother of William III (famous for kicking her brother James II out of England for getting his Catholicism all over everything.)

Mary was born in 1631 and was baptized tout suite, as she was not a sturdy baby. Once everyone came to the conclusion that she was going to live, her mom, Henrietta Maria, had a notion. She came from the French royal family, who always styled the eldest daughter of the king ‘Madame Royal’. Why couldn’t the English get in on that? And so, the wee girl child became Mary, Princess Royal.

And then had to marry William, the 15-year old son of the Prince of Orange, at age 9. Yay. While young Willy was already turning out to be a lech, it seems they kept her away from his attentions for a good many years. (Although there is an icky story that despite Mary’s dress being sewn shut for the wedding, he thwarted it and boasted about it afterwards. Remember. NINE.)

In 1642, she moved to the Dutch Republic. In 1647, her father-in-law died and dear hubby became the Prince of Orange. About this time, the pressure turned on to start making babies. She gave birth to her son, also William, in 1650.

Who became Prince of Orange the day he was born. Because the dad died of smallpox eight days earlier. The English Civil War was winding up by this point and the young widow annoyed her subjects by constantly inviting her exiled brothers over. She also had to fight for power with her mother-in-law. Fun. So she skipped town a lot.

Such as in 1660, for bro Charles II’s coronation. She promptly got smallpox and died, right after her brother Henry. Nasty way to go.

William married Mary’s niece (Mary), Glorious Revolution happened, and they became King and Queen of England. Guess what this Mary died of. Go on. Guess.