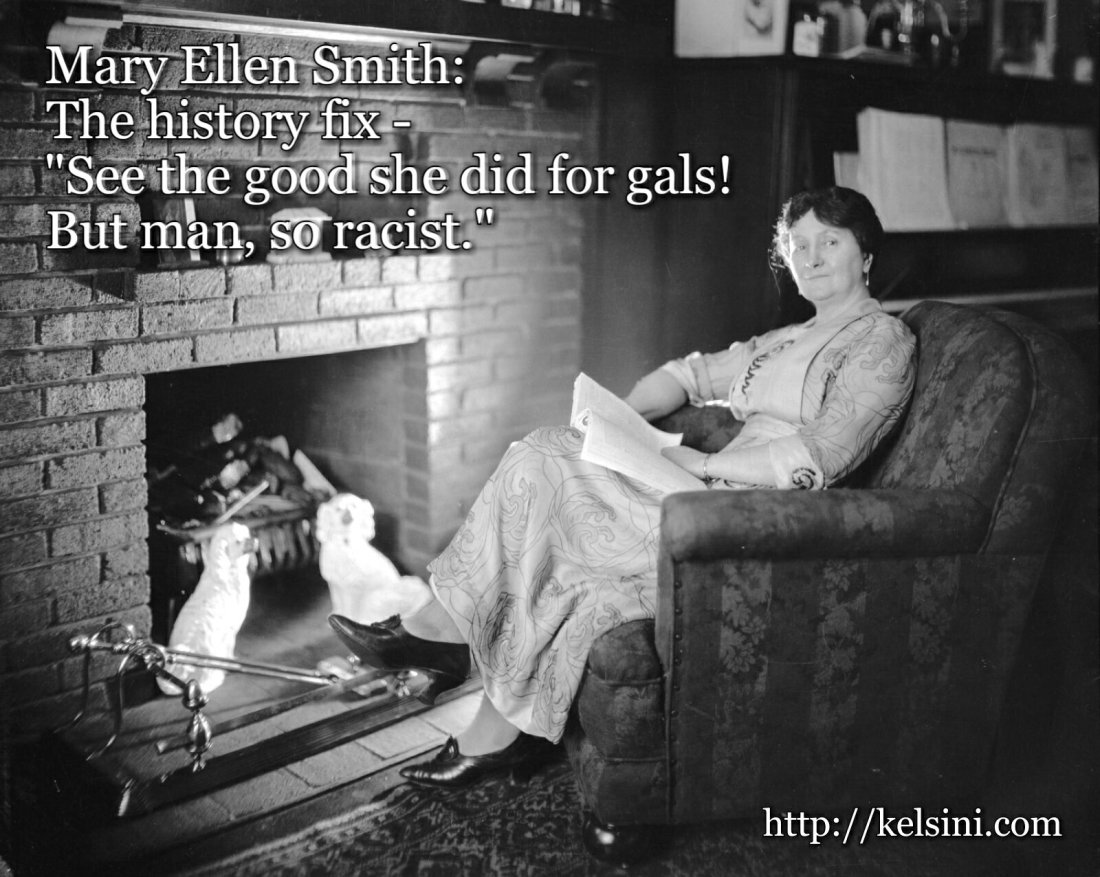 “See the good she did for gals!

But man, so racist.”

Smith (then Spear) was born in England in 1863 to a copper miner. After a stint as a teacher, she married the coal mining Ralph. They ran off to BC, where Ralph became a union leader and MLA. Smith spent her time volunteering for the Red Cross, suffrage organizations, etc.

Alas, her sweet Ralph died in 1917. After drying her tears, she decided that really, the best person to take his seat in the Legislature was HER. She ran in the 1918 by-election, won with a tidy 58% of the vote, and set about making some fucking changes.

She had 2.5 terms to make ’em. This included laws for: minimum wage for women, allowing women judges, providing support for deserted wives, pensions for mothers, and the establishment of juvenile courts.

Unfortunately, as with so many early BC politicians, she was super racist against Asians, because OBVIOUSLY Asian men were sex-crazed maniacs who were all about raping white virgins. (Really. She voted for a law forbidding Asian businesses from hiring white women for just that reason.) She also voted for anti-immigration laws as it was important that this province, which hadn’t even for sure had a white person visit until the 1770s, stay white.

She advocated for eugenics and sterilization of the ‘feeble-minded’, because that was a thing with ‘progressives’ of that time. It’s this sort of shit that makes me cringe as a feminist history geek.